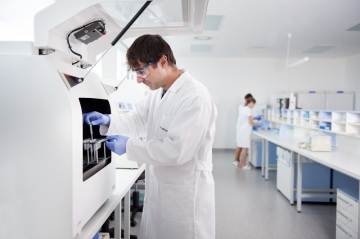 In recent days, the results of an international independent study of the quality of SARS-CoV-2 diagnostic tests have been published. Surprisingly, false positive as well as false negative results were frequently observed. Only a few commercial tests and in-house methods were proven to be fully reliable. Among them were the diagnostic kits developed by the biotech firm GeneProof, which produced 100 % accurate results for all studied parameters. GeneProof, which is based in the EU and whose products are distributed in 60 countries worldwide, has once again proven its place among the most prominent producers of PCR diagnostic tests on the global market.

Over the past four to five months, an independent comparison of the quality of PCR tests was impossible. The market was flooded with diagnostic kits made by various producers whose technical parameters had not been validated. Now, QCMD, an international institute that performs external quality control of molecular diagnostic tests, has published the results of its latest study titled “QCMD 2020 Coronavirus Outbreak Preparedness EQA Pilot Study.” More than 400 laboratories participated in this study, an independent, international quality assessment of PCR diagnostic tests for detecting SARS-CoV-2. They worked with tests made by more than 40 producers of in vitro diagnostic devices or used their own in-house diagnostic methods. In this study, the PCR tests made by the Czech firm GeneProof were error free, and thus their high quality was independently confirmed.

The study’s overall findings are surprising. Nearly 20 % of laboratories made some errors in examining reference samples - both false positive and false negative results were observed. Some producers’ tests failed in 40 % of cases with samples containing the lowest SARS-CoV-2 viral load. Thus, positive patients received a false negative diagnosis. In-house methods (i.e., tests created by the laboratories themselves) had a nearly 18 % failure rate for these samples!

The results of tests conducted on negative samples are startling. Independent testing demonstrated that 3.1 % of laboratories erroneously detected the common, widespread NL63 coronavirus as SARS-CoV-2, that is, they produced false positive results. Moreover, 2.9 % misidentified common coronavirus strain OC43 (which causes the common cold) as SARS-CoV-2 - once again, false positives. Samples that contained no coronavirus were tested as positive in 2.7 % of laboratories. These false positives could be certainly the result of test contamination, which occurred either at the test production facility or in the laboratory.

Considering the number of tests that have been administered all over the world in the past several months, these figures about inaccurate test results are alarming. This means, among other things, that official statistics about patients diagnosed with COVID-19 could be heavily skewed and overestimated. Such inaccurate testing can have shockingly dramatic socioeconomic and public health consequences.

Hardly any of the producers of the most frequently used diagnostic kits had a 100 % accuracy rate across all studied parameters. This is mostly likely due to the extreme rapidity with which diagnostic tools were developed and introduced in practice, which left no time for validating them. The Czech company GeneProof, thanks to its high level of professionalism and strict observance of standards, has proven itself to be one of the top PCR testing producers on the EU market. It supplies high-quality diagnostic kits that have passed the strictest of international testing with flying colors.

Important notice:
Subscribers please note that material bearing the label "PROTEXT" is not part of CTK's news service and is not to be published under the "CTK" label. Protext is a commercial service providing distribution of press releases from clients, who are identified in the text of Protext reports and who bear full responsibility for their contents.